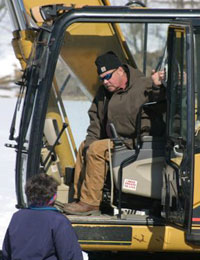 As Chief Petty Officer in the United States Navy, Elliott Adler oversaw the high risk training of over 150,000 recruits while stationed at the Naval Training Station at Great Lakes. He is the veteran of multiple overseas deployments and assignments. After retiring from the Navy in 1996, Elliott entered the commercial unexploded ordnance industry and worked his way from field technician to program manager. Elliott holds two US Patents for range targets and remediation and is in the process of securing a third for the modification of underwater clearance tools. 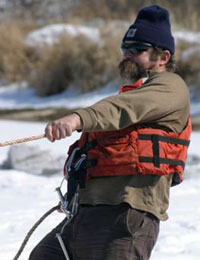 Tom earned his Masters of Business Administration from William and Mary University in 2001. Tom sits on the board of the Emergency Film Group and is an Associate of the Institute for National Security and Counter Terrorism.  Tom was recently invited to present an address at the International Dialogue on Underwater Minitions conference held in Prague, Poland.

Tom Rancich is also a member of the Construction Institute’s Social and Environmental Concerns in Construction Committee. The Committee’s members, who focus on social, economic, technological and environmental concerns in construction, believe that VRHabilis’s business model, which is informed by both social justice and profit concerns, embodies the core vision and mission of the committee and its work. 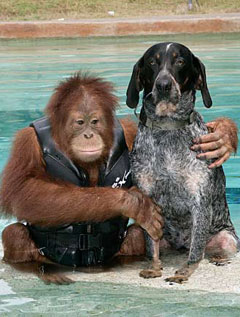